Week 32 has been our most exciting week yet and I am so ready to share it with you! On Tuesday we turned 32 weeks pregnant and had an appointment with my new OB, Dr. Cummings. Then Wednesday  we had an ultrasound done and was surprised to see our baby boy in 4D live!!!

According to my favorite pregnancy app, Ovia, Jax is the size of a plastic scooter board! 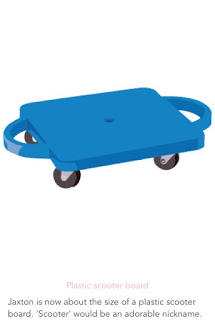 And it’s crazy to see that his hand has almost filled in the lines! We’re so so close to being done! 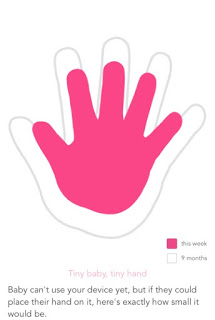 For months I have been reading about the amazing Dr. Cummings in a VBAC and cesarean support group on Facebook for the dfw area that my doula I had with Camden told me about and I was SO JEALOUS because I was living back in Georgia and couldn’t deliver with him. Thankfully that all changed and we are back in the dfw area! And after two weeks I was able to get an appointment with this amazing obstetrician that I have only read good things about. I was over the moon excited when I got the call that Dr. Cummings accepted me as a patient. I got super emotional because, without even seeing this doctor, I knew that I was going to get my VBA2C (vaginal birth after 2 cesareans). FINALLY.

My first appointment with Dr. Cummings went exactly how I imagined it would. He was so positive and confident in the ability of a woman’s body to give birth. He said that he had no doubt at all that I could give birth, he just didn’t want me to glamorize birth like a lot of woman who walk into his office. He needed me to know that labor is hard and that I need to prepare myself for 12-24 hours of labor, but that I didn’t need to fear because he has no fear in my ability to give birth. He said to me, “You do all of the work. I just catch the baby. Leave your fears at the door.” I was already confident before I went into that appointment, but I had a whole new level of confidence and determination when I walked out. I felt like a million bucks! Plus, I found out that he grew up in Georgia not to far from where I grew up and he spoke so openly about his trust in God, which just put the icing on the cake!

Wednesday I had a growth scan to see how our sweet Jax is doing! The lady was taking a few measurements and then all of a sudden switched over to 4D live! I was so surprised and excited! None of my babies have ever cooperated far a 3D or 4D ultrasound, but Jax decided that he would be the one! He was smiling, opening his mouth, and made a really sad face. It was so fun to watch!! He weighs 4 pounds 2 ounces (44th%) at 32 weeks and is estimated to be around 7.5 pounds at birth. We are so in love with his fat cheeks and lips. We got a few pictures and I hope you enjoy them as much as we do! 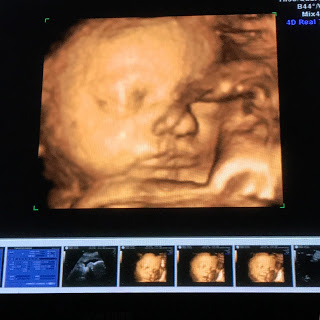